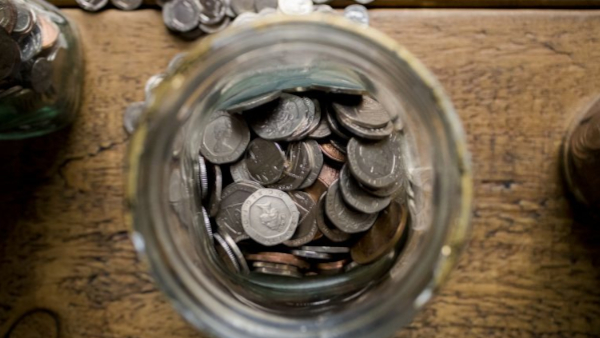 The power of ten to make life simpler

With COVID-19 and Brexit likely to dominate the news agenda for the coming months and beyond, one 50th anniversary in February is unlikely to attract the attention it deserves. Admittedly, looking back, replacing shillings and pence with ‘new pence’ on 15 February 1971 may not seem like a big deal, but those old enough to remember the process know that preparations were quite elaborate.

It’s hard to deny that by the late 1960s a major overhaul of the pounds, shillings and pence (£sd) system was overdue. The system had evolved over centuries and made calculations complicated, whilst the coins in circulation included a large copper penny that had been in use since Victorian times, with well-worn examples from the late 1800s still turning up in everyday change.

Just to remind you how £sd worked, there were 20 shillings in a pound and 12 pence in each shilling, meaning 240 pence equalled one pound. Coins in use in the years approaching decimalisation were the farthing (¼ of a penny, withdrawn 1960), halfpenny, penny, threepenny bit, sixpence. shilling, two shillings (aka florin) and half crown (two shillings and six pence).

Transition to decimal coinage was spread over several years. Before 1971, shilling coins were being minted as 5 new pence coins and two shilling coins as 10 new pence, with 50 new pence coins debuting as a replacement for the 10 shilling note. As these coins came into circulation the public were able to get used to the new system, though there was more concern about the smaller change.

Although the new decimal coins would include a ½p, people were worried that, as this would have 1.2 times the value of the old penny, low-value items would go up in price – and that shops would round odd prices such as three shillings and seven pence upwards when converting from £sd to decimal. Losing the popular but decimal-unfriendly half crown (equal to 12½p) was also a blow.

While the public were fretting about prices, businesses had to be ready to switch their accounting and pricing to decimal on that designated 15 February. Schools also needed to ensure that pupils got to know the new system. Banks in particular had to adapt their part-computerised, part-manual systems; many training courses were run and decimalisation packs issued to staff ahead of ‘D-Day’.

All the preparation felt like overkill to some, but for the most part, the switch went smoothly as a result and it was soon difficult to separate its inflationary impact from the other causes of rising prices in the 1970s. The old sixpence soldiered on for a while as, in effect, a 2½p coin, and the new ½p also succumbed in the end, leaving 1p, 2p, 5p, 10p, 20p and 50p coins, plus the £1 added in 1983.

Two important things apart from decimalisation have happened to the cash in our pockets, purses and wallets over the past half-century: the value of every pound has been massively eroded by inflation; and our affection for notes and coins (as well as cheques) has diminished as new, more convenient and faster methods of payment have been made possible by technological advances.

As revealed in our blog post Housing market has suffered before – but still prices rose 48-fold in 50 years (20 April), £1 in 1970/1 had the spending power of almost £50 today in the housing market. General inflation was somewhat lower, as consumer goods such as TVs and washing machines didn’t rise so rapidly in price, leaving the Retail Prices Index now about 15 times higher than in 1970/1.

In 1971, consumers were starting to get used to credit cards. By 2018 just 28% of UK transactions were in cash and, pre-pandemic, UK Finance projected a fall to 9% by 2028. A further shift to forms of contactless payment since March means the 2028 percentage looks likely to be far lower than 9%, as it is widely believed that converted consumers will stick permanently with contactless.

In August, UK Finance said of its mid-lockdown data: “As shops encouraged customers to pay by contactless card, coupled with the contactless limit increase to £45, contactless transactions totalled £4.5bn in May. However, this was still a 32.4 per cent decrease from 2019 as, amongst other factors, bars, pubs and restaurants remained closed and public transport was used for essential travel only.”

It appears that, as we have yet to settle into the new normal, revised figures and forecasts about payment preferences have not been finalised. But the pre-pandemic trend identified in our blog post Will the £50 polymer be the last hurrah for cash? (14 January) has had the afterburners on in recent months and many more folk seem convinced that cashless payment is the way to go from now on.

So, is decimalisation an event worth marking in a few months time? Those who’ve never had to multiply or divide £sd manually may doubt it, but decimalisation has certainly made life simpler. Few would have guessed 50 years ago that £1 would now be worth somewhere near a shilling, or that the very survival of cash would be in doubt. The next 50 years will surely yield their own surprises.